I’ve been thinking about making a colourblocked sweater for a long time now, but I hadn’t found the perfect colours yet.  When I hit Purl Soho in NYC, it became obvious right away that I had to have Malabrigo’s merino light in “edison bulb”.  It’s electric yellow like I’d never seen in a wool before, and was therefore absolute perfection.  I picked up two skeins of bulb, and two of “whiskers”, a nice relaxed grey. 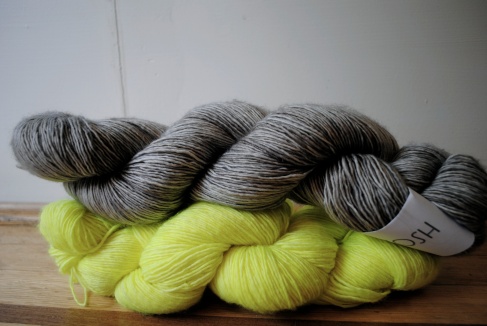 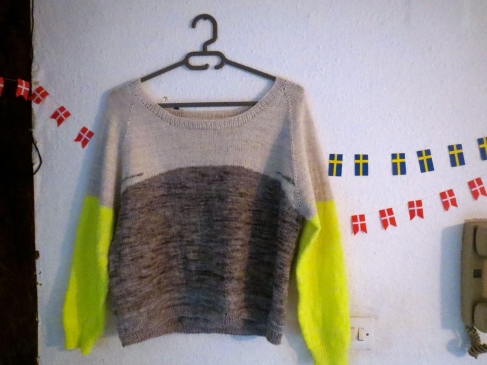 I hadn’t fathomed how long it would really take.  I think I started this sweater in August and only finished last week; it took almost five months.  It’s even traveled to many different countries with me!  Everything was going along slowly but surely, and occasionally the project hibernated while I took a break and made a different project.

Switching to “whiskers” was a challenge.  I was set on having the colour change curve, in order to have a more gradual switch, so this meant switching the colours twice per row.  It was so much work in the end, because I had so many ends to weave into the back.

Adding the yellow sleeves was even more of a thrill than I’d anticipated.  I thought it would look good, but it looks really good.  The contrast with the white is extreme, it looks exactly how I’d wanted it to.  I’m so happy with it overall, it fits perfectly. 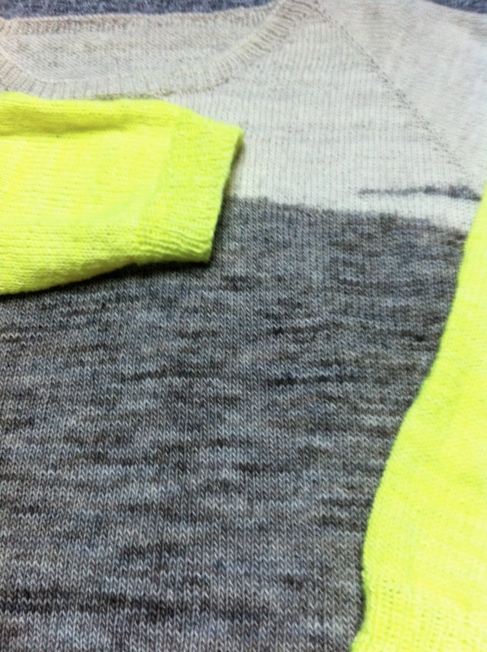 -> two skeins of “whiskers,” one of “antler,” and one “edison bulb,” so I will have one more neon project sometime in the future!

One thought on “Colourblock.”