Knitting with giant, chunky wool is by far my favourite style, but Dana Barnes, a NY knitwear designer, takes it to the next level.  In the past, she’s worked for Elie Tahari & Tommy Hilfinger, but she recently took on a project of her own: she’s been making giant crocheted rugs under the label Souled Objects, in her seemingly drop dead gorgeous SoHo loft space. 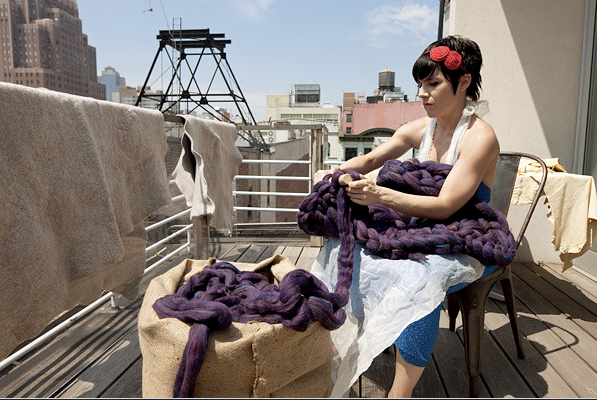 Knitting-giant-sized has become somewhat of a trend (that i’m extremely into), but I’m yet to see anything as beautiful as her stuff.  I’ve never learned how to crochet, but I’ve noticed a lot of people are getting equally giant results by knitting with their ARMS instead of needles.  There are ARM KNITTING tutorials on a blog by SimplyMaggie, and I think I just might have to try it soon.

Purl Soho also does a Big Stitch Knit Rug that I’ve had my eye on.  I would love to make it, but it calls for two skeins of Big Stitch Alpaca Yarn which goes for $153 a pop.  Whoever thought that knitting saves you money was so very mistaken.  Maybe I will splurge one day… 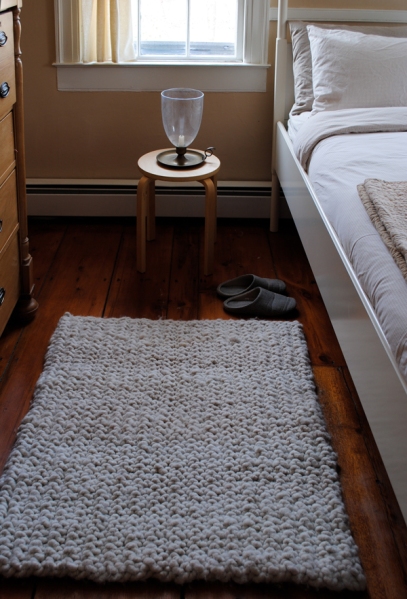